14,000 runners tackle Cigna Round the Bays 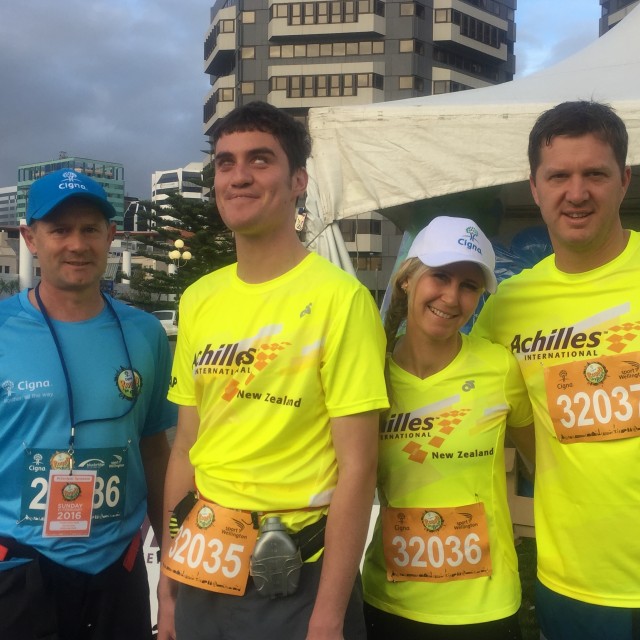 Over 14,000 Kiwis ran in Cigna Round the Bays in Wellington on February 21 including 60 Achilles charity members in fluorescent yellow shirts.

Achilles helps Kiwis with any disability to participate in mainstream run events.

Some of the Achilles participants don’t have legs, others are without sight, some have survived car crashes or underground explosions, or battled debilitating illnesses. Some used wheelchairs or racing bikes on the day, while a one-legged athlete used crutches.

The youngest Achilles member, who was born with spina bifida, is at intermediate school while others are grandparents like the charity’s founder Peter Loft who was there too on the day running with his young grandson. It’s truly a diverse bunch.

It was a stunning day and main sponsor Cigna NZ had several amazing cheer stations. The Achilles runners seemed to get the loudest cheers – behind the lead elite winning runners though, of course!

Corin Dann and I had the pleasure of co-guiding blind Auckland runner Tamati Pearse, 21, who smashed his best half-marathon time. It was his third half-marathon and he’s also conquered the New York Marathon.

He was thrilled at his time, but mostly he had lots of fun. We had a group hug when we got our medals.

A highlight that day was seeing Tamati smiling broadly throughout the course as he soaked up every cheer – and then he beamed even brighter over his PB at the finish-line. Even elite runners took time to cheer on Tamati that day on the course. It made them smile too.

Tamati almost near the finish-line with Corin Dann guiding and Rachel capturing the action. We talked politics, running about family, friends and fun while on-the-run. Corin even took a call from a producer mid-run. The bloke works way too hard! 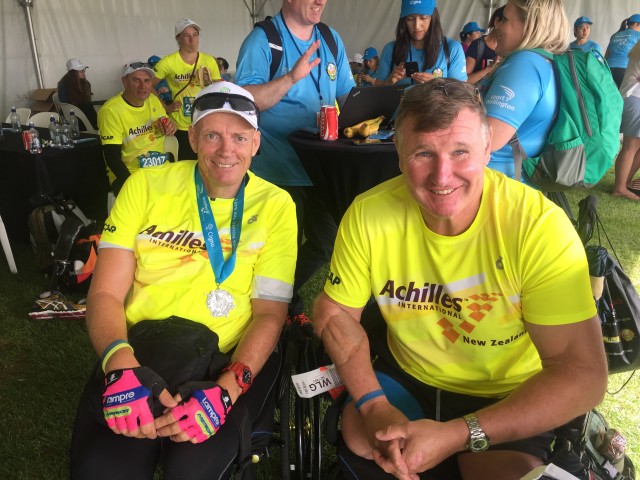 Achilles Athletes also at the event Ian Walker, left and Ian Winson, right. Ian Walker sped back first on his wheelchair at the event. Check out their smiles too. Truly awesome. 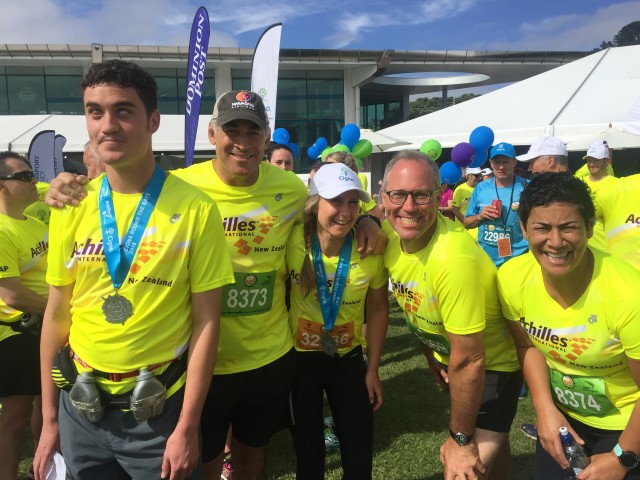 Another Achilles pic. From left, Tamati Pearse, former All Black Frank Bunce, Rachel Grunwell, Fair Go’s Garth Bray and Newstalk ZB newsreader Niva Retimanu. If you wear a yellow shirt then it’s compulsory you have to group hug lol. I think these guys are as huggable as my yogi mates 😉