Solo mum is mind-tough to “shuffle” through Rotorua Marathon 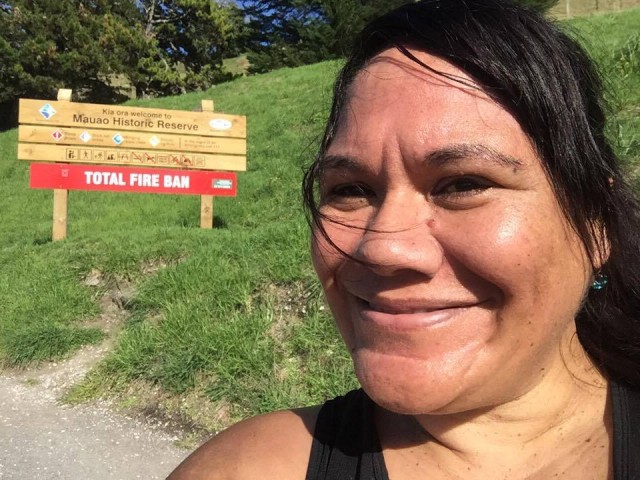 “I do not have the body of an athlete, but I have the determination,” says Karleen Whaanga.

The 42-year-old solo-mum from Cambridge, who works at Work and Income, won the Rotorua Marathon event ticket giveaway through an Inspiredhealth.co.nz competition. Hers was an emotional and raw plea for the entry to inspire her to get fit again.

She wrote: “I gave up on me. Just getting back into training one step at a time… I may not have the figure of an athlete but I sure do have the drive and motivation to give it a go…”

Karleen had read an article on our website about granddad James Crosswell running the marathon event for the 40th time. She said the grandad inspired her to get fit again “bless him”.

Karleen’s request for the entry was overwhelmingly a winner. We love her can-do mind-set.

This will be Karleen’s second marathon. She walked this same 42km distance last year with legendary trainer Doug Healey’s group, which has a motto of “no one gets left behind”. Some stopped for a picnic half way through, others for fish ‘n’ chips and the team helped each other get their marathon medals.

Last year she says she ended up walking 49km in total because she finished and then went back to help some friends reach the finish-line.

Her goal this year is to “shuffle” through the marathon, rather than walk and to do it by herself “for myself and it’s about me being accountable for me.”

Karleen currently has a sore ankle from playing indoor netball, but she says this will be no barrier to her turning up at the event. She is doing strength training thrice weekly in the interim, until she can “shuffle” again shortly.

“I’m not a natural runner; I’m a shuffler. My endurance is great. The biggest muscle getting me through will be my mind,” she says.

She is not worried the marathon is not far away on May 6.

“I’m mentally prepared. My body just has to catch up,” she quips, adding “my mum finds this so funny” and tells her “oh well, can you please tell your body to hurry up and catch up with your mind then. Chuckle, chuckle”. 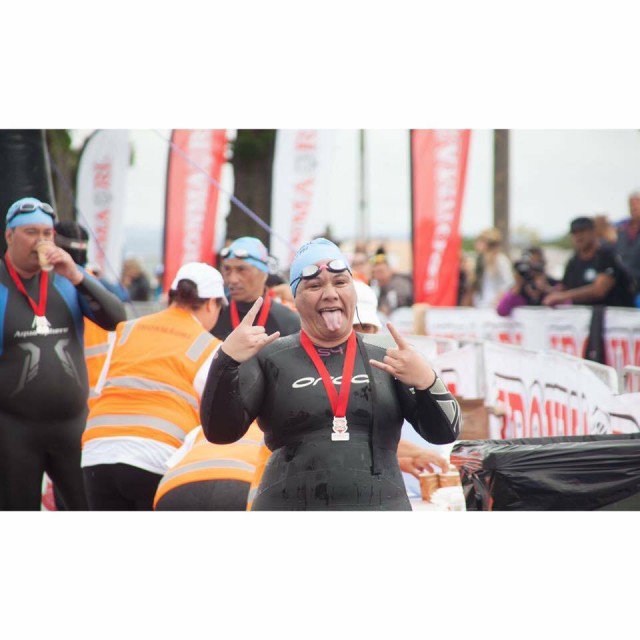 Here’s a pic of Karleen after doing the swim for a team event at IronMaori in December last year. She says back then she was “at my biggest”. Her dream is to one day do this whole event solo.

While, here’s a pic of this inspirational mum “now” below. 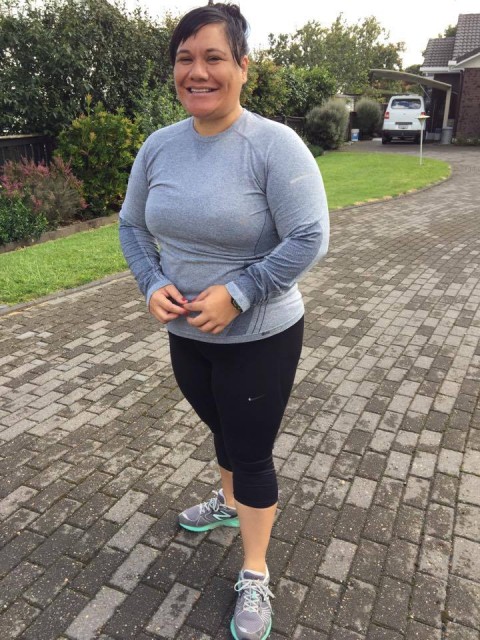 Karleen says she learnt mental toughness while growing up on the East Coast – “I was constantly told that I wasn’t good enough. But I told myself that, actually, you can’t tell me I can’t do anything”.

She says doing Doug Healey’s run training programme a few years in Auckland also inspired her she can get fit and tackle anything she sets her mind to.

Back then she would drive from her home in Cambridge, to Auckland, for the training session every weekend. Hence, the reason why she has the nickname “Cambridge”.

Fellow runners just could not believe she drove all that way for the training sessions – “and I was often the first one there in the mornings”.

Karleen says she is used to “pushing past barriers”. One of the hardest barriers in life was being a solo mum, she says. She then found life tough when her daughter became independent and left home at age 18. She missed her daughter, and felt depression coming on, and so that was when she joined Doug Healey’s group to give her a goal and a focus. She has learnt in life that “there’s no one holding you back other than yourself”, she says.

Karleen says she is excited about the Rotorua Marathon and will have lots of friends and whanau cheering her on. She can’t wait to savour that finish-line feeling.

“Yes, I will probably cry at the finish,” she says.

Join Karleen and thousands of others walking or running the Rotorua Marathon event (there are four distance options) -click HERE. 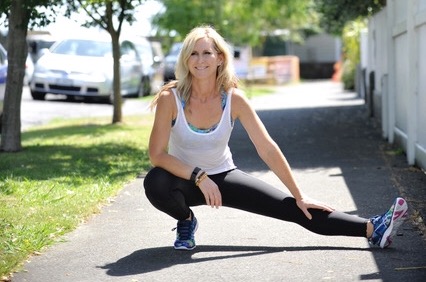